11 Of The Best #MyKidisWeird Tweets Ever

As a parent, there is a sneaking suspicion that gets confirmed with every day that your offspring roams the planet. That suspicion? Your kid is weird. Hell, they are all weird. When we were kids our parents thought we were strange.

Obviously, parents on the social media network Twitter agree with that fundament statement on strange kid behavior. Here are some of my favorite tweets from #mykidisweird.

Told my 6 yr old daughter she can chose any drink on the plane.She asked the flight attendant, "May I have a Bud Light please" #MyKidIsWeird

5 year old was rocking out with an unplugged Guitar Hero guitar.
Her heavy metal lyrics?
"I won't be careful!!"#mykidisweird

My son wanted to try my calamari, bit into it and yelled, ‘This one has a rubber band inside!!’ #MyKidIsWeird

1 time in church my 3 yr old son was misbehaving and while carrying him outside he yelled out to the congregation "pray for me!#MyKidIsWeird

My kindergarten artist. Not sure if it's a cat or a rat… I'm afraid to ask. #MyKidIsWeird pic.twitter.com/Jex5KsS5Rx

After he farted I asked my 4yo if he had to go poop. He said "it's not ready to come out yet, the poop just wanted to say hi" #MyKidIsWeird

My daughter constantly plays with her phone, when asked who she's talking to she says "it's Jake, from State Farm" #MyKidIsWeird

My son is dipping apple slices in ketchup and eating them.#MyKidIsWeird 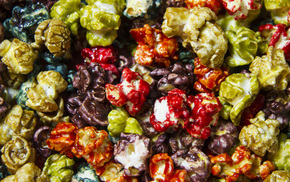