I have to be honest. Until today, I had no idea there was a Halloween parade or a zombie run in New Orleans. I’m ashamed. But, now that I know, I’m all in! Coming up in just a couple of weeks New Orleans will host their 10th annual “Krewe Of Boo” Halloween parade along with their inaugural “New Orleans Zombie Run”.

Halloween and New Orleans go together like, well, parades and New Orleans. The “Krewe Of Boo” is all set to roll Saturday, October 21st. This parade has been going on for the past 10 years, so you know it’s going to be good.

This spooktacular Halloween event is unlike any other parade in the world and parades through the “BOO CARRÉ”. It became the official Halloween Parade in New Orleans in 2007.

This year, the “Krewe Of Boo” is also hosting their inaugural “New Orleans Zombie Run”. Walk, crawl or run for your life! Registration is happening now, and you get more information and get signed up over at kreweofboo.com.

For more information and pictures of all this awesomeness, go to kreweofboo.com.

Cruelty Issues with Animals to Be Dealt With By New Investigator in St. Landry Parish

Another Popular Restaurant Will Be Closing Its Doors in Acadiana 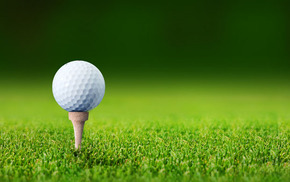 $50 Certificate for Clubs, Balls & Gear from The Golf Connection