UPDATE – We’ve received a few emails from people who were in the are of this reported sighting this past Tuesday. Here’s what we were sent.

Some names have been omitted at the request of sender.

Below is and email we received from Debra

My cousins and I were on the cruise ship Carnival Triumph out of New Orleans.  Made the trip to Cozamel and Progresso.  We left Progresso Tuesday evening. I was out on the Balcony when I saw the flash of light. I said to Charlotte,  wow did you see that? Went in to get my binoculars to see wher it came from we saw the rig. Two as a matter of fact. One rig closer to us than the other. With the exact boats circling the rig. I knew right away what took place. Your story said it was gone. It didn’t leave. The triangular ship was still in the sky. It was SE by then with the tip of the triangle facing NW. There is no star pattern in that part of the sky that shape. There was also a smaller ship more East from it. Not as disguised.  Typical red green lights. We left the room to go eat.

Here’s another email from Sherrie.

My husband has a camp in pecan  island and he was outside near the canal getting some crab  traps ready. A friend was with him. I’m not sure if the  date but it was maybe week before last on a week day. He  said it was in afternoon before dark and he looked up and
saw something in sky. He said it was bright and looked like
4 round things together and beside that were 2. When they
noticed it they mentioned to each other they did not see
wings. Then all of a sudden it disappeared. He had joked
with me saying he saw a UFO but it really startled them.
They do not know what it was but very strange. Just wanted
to share because I just read your post.

Here’s a third email from an anonymous source.

Around same time and day a whole town near Morgan City, La. Town is called Bayou L Ourse heard and felt a loud boom. May have been a Sonic Boom. No explanation. Still to today we still have no idea what happen.

This past Tuesday, March 21st a group of 5 workers on an offshore supply vessel 80 miles southeast of New Orleans reportedly saw a “craft rising up out of the Gulf Of Mexico”. We’re looking anyone who witnessed this event, and you can stay anonymous if you’d like to. Here are the details of this incredible story.

The event is said to have happened at about 7:00pm this past Tuesday evening, just before dusk. The sighting has been reported by the Chief Engineer of the supply vessel, and says he and the four men on board witnessed an oval, dark colored craft emerge from the Gulf Of Mexico. He says the craft made no sound.

From the official report from Chief Engineer to nuforc.org –

Close to 7:00 pm on March 21st, just before dusk, myself and 4 of the crew members aboard our vessel saw a craft that appeared to be five times our 240 ft vessel in length. My line of sight was about 1/4 mile from our vessel. There was a rig behind the craft about a 1/2 mile. i used this to help gauge size of craft. Sighting was approximately 80 miles SE of New Orleans, Louisiana.

The scene lasted about 40 seconds. The craft rose up out of the water (Gulf of Mexico) about 40 feet, no water was dripping from the craft. Within a split second the craft disappeared at a 30 degree angle into the sky. Speed appeared to faster than speed of a light turning on in a room. Within seconds it had disappeared completely

So, I would really like to speak to someone who witnessed this first hand. You can stay anonymous and I’ll even change your voice if you’d like. Contact me at michael.scott@973thedawg.com.

Cruelty Issues with Animals to Be Dealt With By New Investigator in St. Landry Parish

Another Popular Restaurant Will Be Closing Its Doors in Acadiana 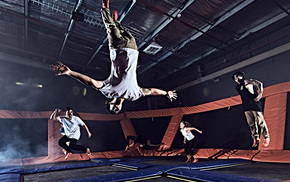